The Thiokol Corporation brought more than jobs to Brigham City when they built their large manufacturing plant in 1957. By 1960, the population of the city had nearly doubled as the new jobs attracted members of various Christian denominations to an area mostly dominated by Latter-day Saints. Displaced Lutherans sought to build a local worship community, and in 1958 they joined together to build a church.

The Lutheran Church, completed in 1961, is a unique and distinctive structure in Utah, but its mid-century modern architecture mirrors other Lutheran churches built during the era. Congregants were anxious for a design that would tie them to nationwide churchgoers. Its location at the mouth of Box Elder (Sardine) Canyon on the east end of the city serves as an announcement of the growing diversity in Christian culture to the area.

Today congregants support two main ministry initiatives. The church hosts a community garden where it rents plots to the public. Growers agree to “sow another row” and donate from their excess produce to the local pantry. They also host a quilting group. Over the years, they have donated hundreds of quilts to civic relief organizations such as the New Hope Crisis Center, family support center, pregnancy center, and the police department. 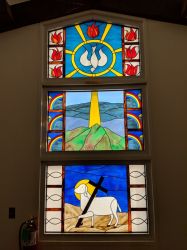 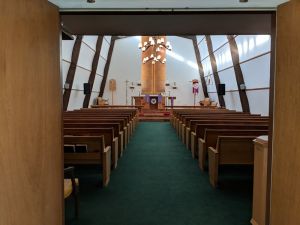 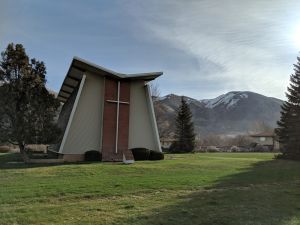 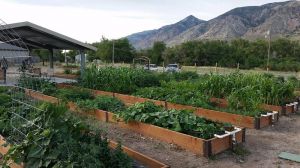 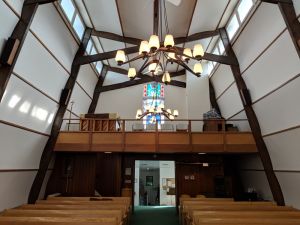 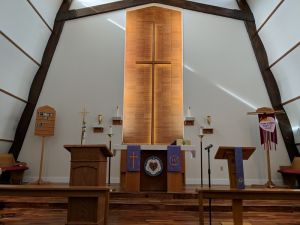